A recipe for delicious spicy chipotle quesadillas. They are filled with cilantro, scallions, chipotle peppers, and jack cheese. Great as an appetizer!
No ratings yet
Prep Time 10 minutes
Cook Time 15 minutes
Total Time 25 minutes
Jump to Recipe Leave a Comment 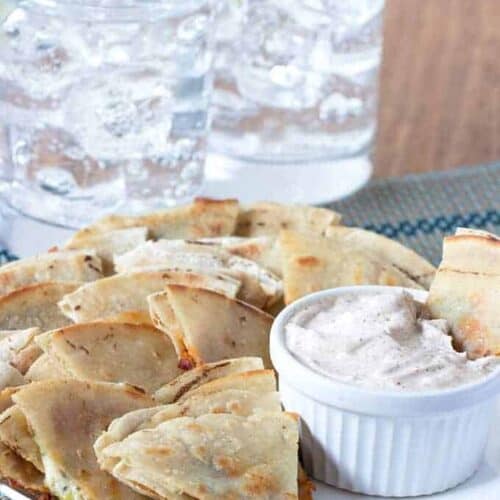 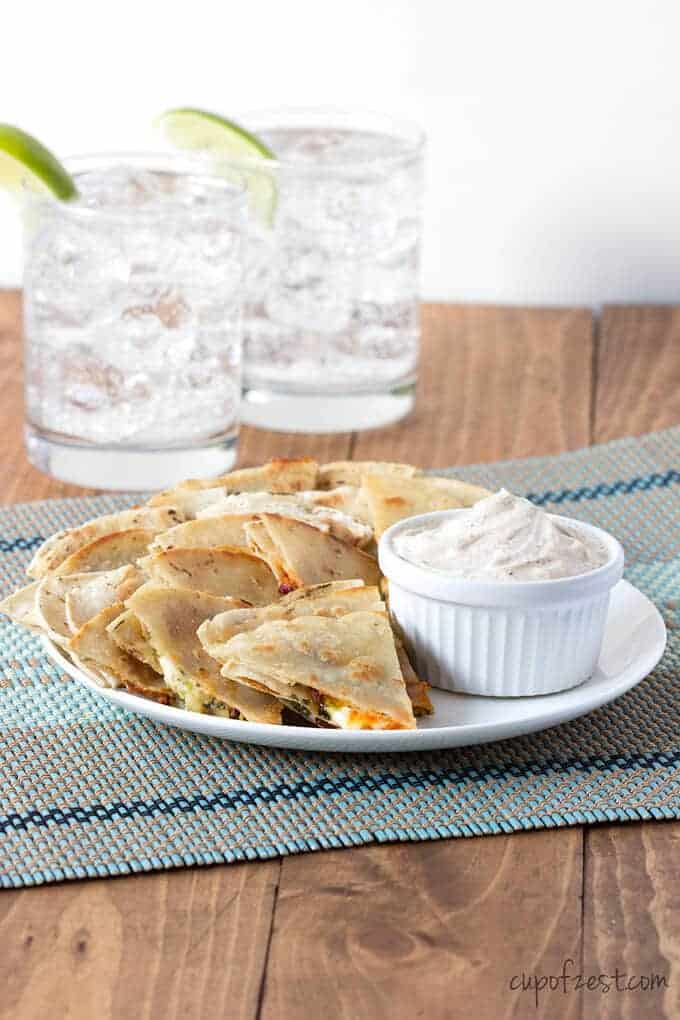 I live in the San Fernando Valley of Los Angeles, and for the most part, I really like it!

Being able to walk or bike to so many things is great and extremely different from the way I grew up, which is probably part of the reason I enjoy it so much. Growing up, my family lived in a small town about a 30 minute drive from everything. To go to the grocery store, the movies, and even high school, was a drive.

Now Stephen and I can bike to the grocery store, the mall, and our Sunday breakfast spot 🙂

I also love having a small Vallarta Supermarket literally a block and a half away from my apartment. For those of you who don't live in Southern California -- they are all over the place here. Vallarta Supermarkets carry the normal grocery store foods (meat, dairy and produce) but cater to the Hispanic community. Their cheese selection is great. I purchased the queso fresco for my tasty spicy potato tacos recipe there. 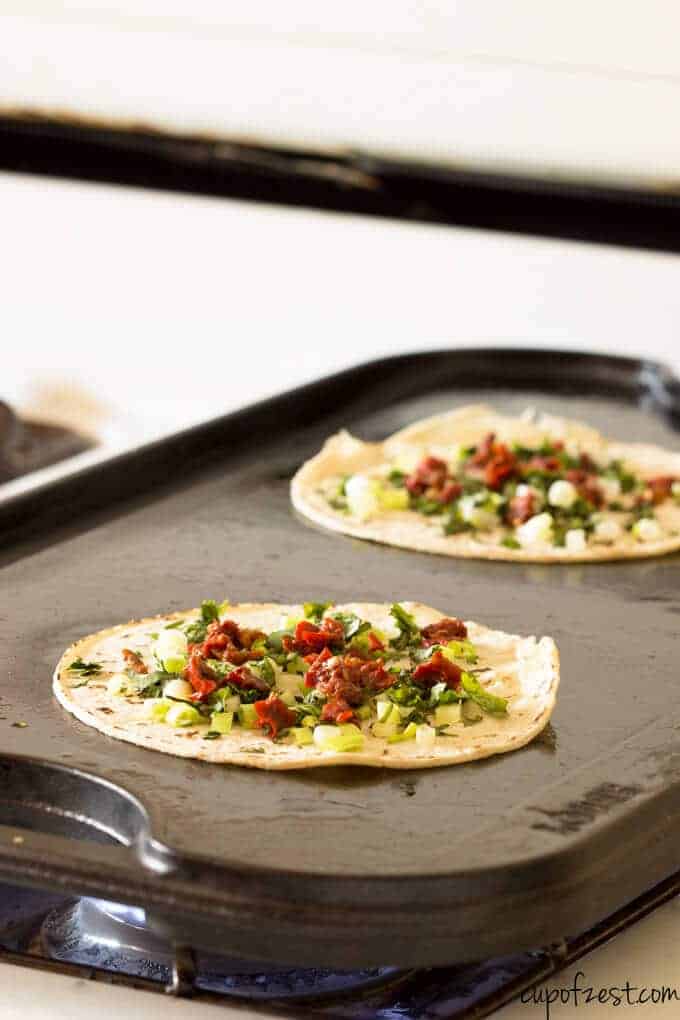 One of the things I always buy there are the corn tortillas. They are super inexpensive (about 5 cents per tortilla) and have that homemade corn tortilla deliciousness about them. Since one package is gigantic, I usually freeze them in batches of 10 and thaw them overnight in the fridge whenever we start to run low.

I love using them for homemade chips (a perfect companion to some avocado cilantro Greek yogurt dip) and these quesadillas that Stephen and I eat at least once per week!

I usually make them with just the cilantro, scallions, and cheese, but guess what...I had a can of chipotle peppers left over from a job, so I figured I would throw them into the quesadillas. The peppers added some much needed heat to the quesadillas and made them super delicious. I am now convinced that I have to include the peppers in our weekly quesadillas all the time! We also like to eat these with a way easy Greek yogurt dip. Just add some cumin, chili powder, and salt to taste and you are set.

Stephen and I usually eat these for dinner with some veggies, but they would also be great as an appetizer for a party or a snack. If you give them a try, let me know how you like them in the comments below! 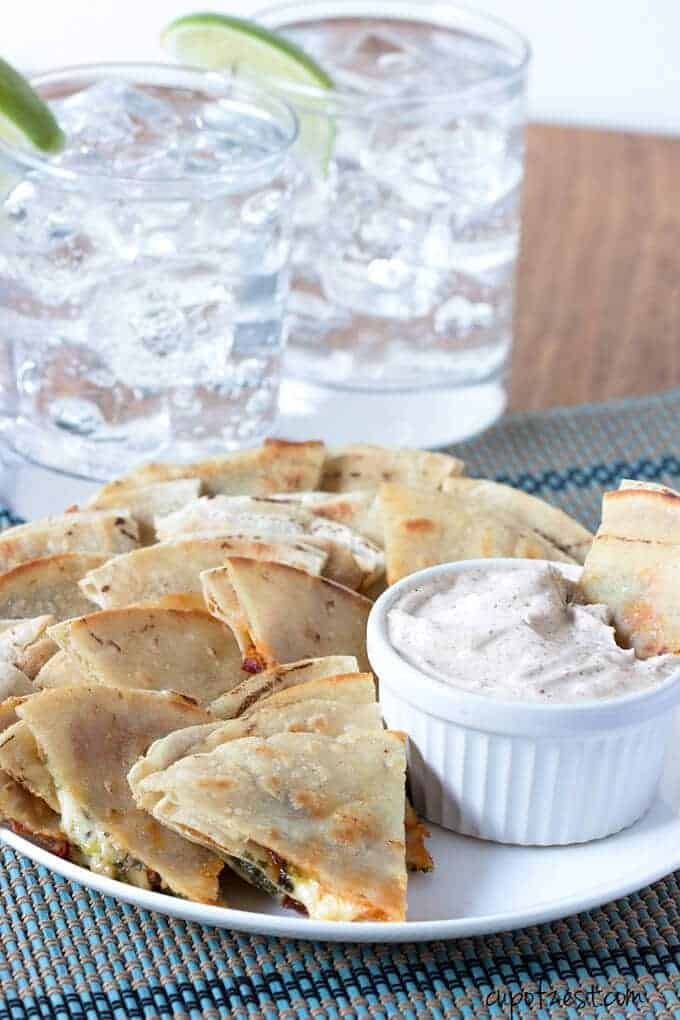 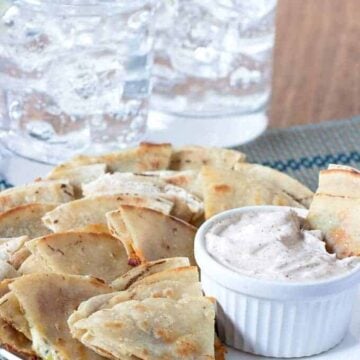 Did you make this recipe?Share a pic and tag @cupofzest and use #cupofzest so I can see it!
« Banana Peanut Butter Cake
Shrimp Etouffee »