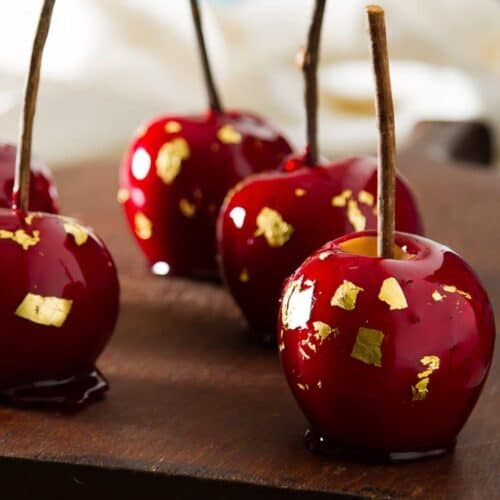 Looking for the perfect fall dessert? How about a fun and retro treat for Halloween? Look no further, these 1960’s Cinnamon Candy Apples are delightful and I've got a step-by-step video showing you exactly how to make them!

IT'S TIME FOR FALL FLAVORS

Fall is officially here, and I mean officially here, as in I’m currently wearing a sweatshirt in Los Angeles. For all of you lovely people who have real seasonal weather, I don’t envy you. I’m much more a Spring and Summer loving lady which is why I love LA and it’s “seasons.” Even though I don’t love this time of year (except for Halloween and Thanksgiving), I do enjoy the food.  Bring me roasted butternut squash, maple spice almond milk lattes, and ALL THE perfectly crisp apples. 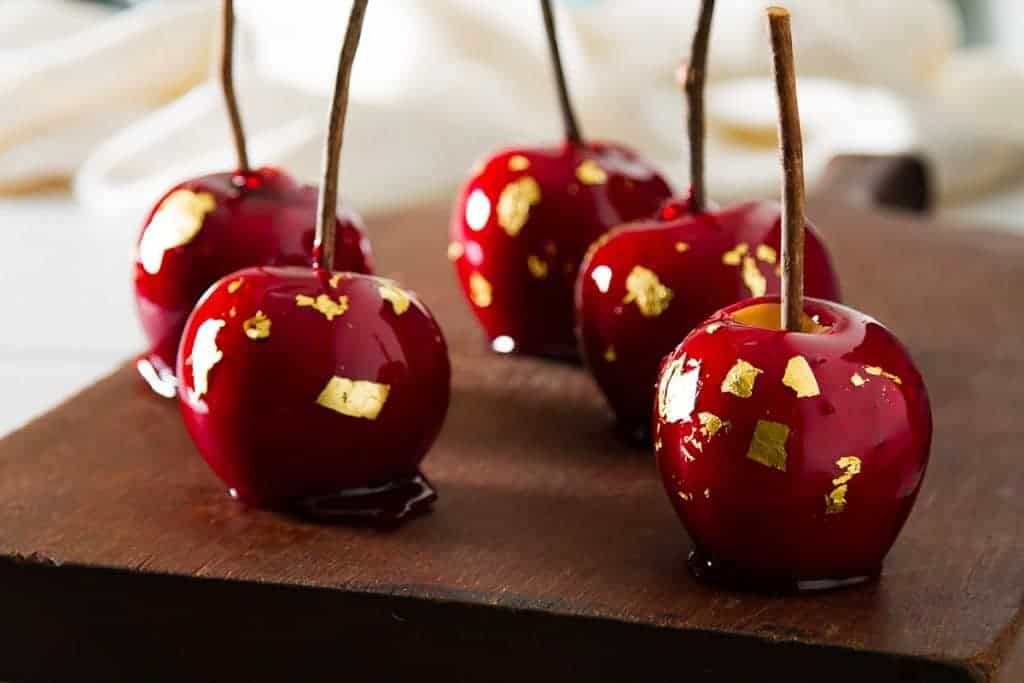 Lucky for me I found a vintage recipe for Cinnamon Candy Apples and I jumped right into the candy making process. And guess what? They are full of fall flavors. The crisp apples and cinnamon candy coating are perfect together, and they’ll be a showstopper when you make them for your Halloween party!

THANKS FOR THE SOLID RECIPE

These Cinnamon Candy Apples were first published in the 1966 Better Homes and Gardens Cookies and Candies Cookbook. When I tested the original recipe as written, I was pleasantly surprised! It worked really well, so well, that I only made like, one change.

All I did was reduce the amounts of the recipe. No one needs eight apples coated in a delicious and almost too sweet candy coating. I ended up making six perfectly coated apples, and they get cut into slices when you eat them, so you can share with anyone and everyone.

Oh, I also made these apples super fancy with some gold leaf. I mean, I just had a packet of edible gold leaf lying around and what else was I going to use it for? Hahahaha…I sound so pretentious, but it was a gift from a fellow crew member from the Guy’s Grocery Games culinary team. I don’t regularly have gold leaf in laying around in my kitchen!

Anyway, other than making fewer apples, giving them a little bling, and adding a bit more cinnamon flavor, I didn’t change much else! 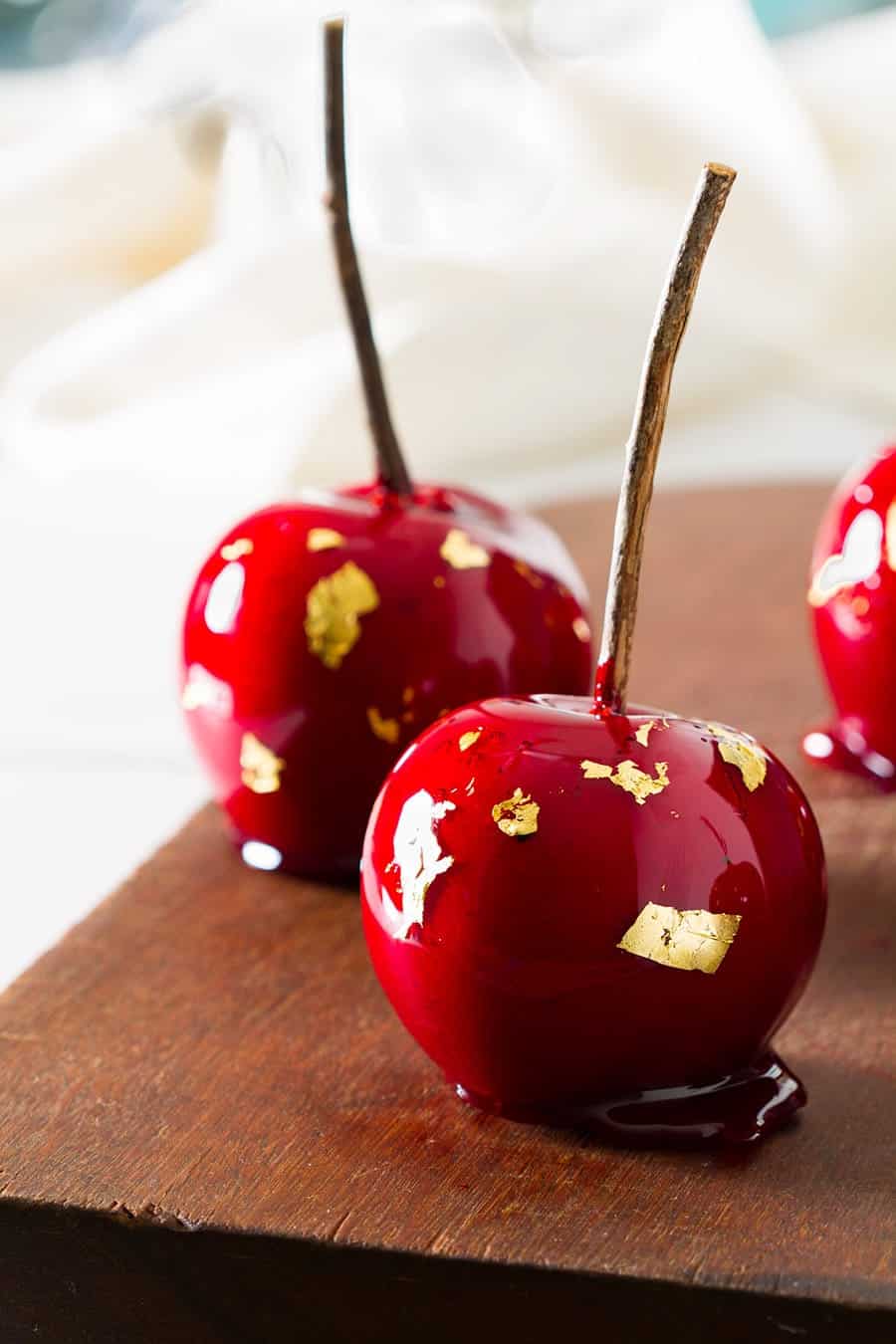 I THOUGHT IT WAS A HALLOWEEN THING

What time of year do you associate candy apples with? I think of them as a Fall and Halloween treat, but they were actually created and originally sold during Christmas time. According to FoodandWine.com, Candymaker William W. Kolb supposedly invented them in 1908 in New Jersey. He was trying to sell cinnamon candies for Christmas when he decided that dipping apples in the candy would be a fantastic way to showcase the candy. The candy apples were gorgeous, and people wanted to buy them instead of the candy by itself. Since then, candy apples became super popular and have transitioned into a Halloween treat.

He was trying to sell cinnamon candies for Christmas when he decided that dipping apples in the candy would be a fantastic way to showcase the candy. The candy apples were gorgeous, and people wanted to buy them instead of the candy by itself. Since then, cinnamon candy apples became super popular and have transitioned into a Halloween treat.

TELL ME ABOUT IT!

Tell me in the comments, did you grow up eating candy apples? I’d love to know if you are going to make them too. Let me know below, and make sure to watch my video above. 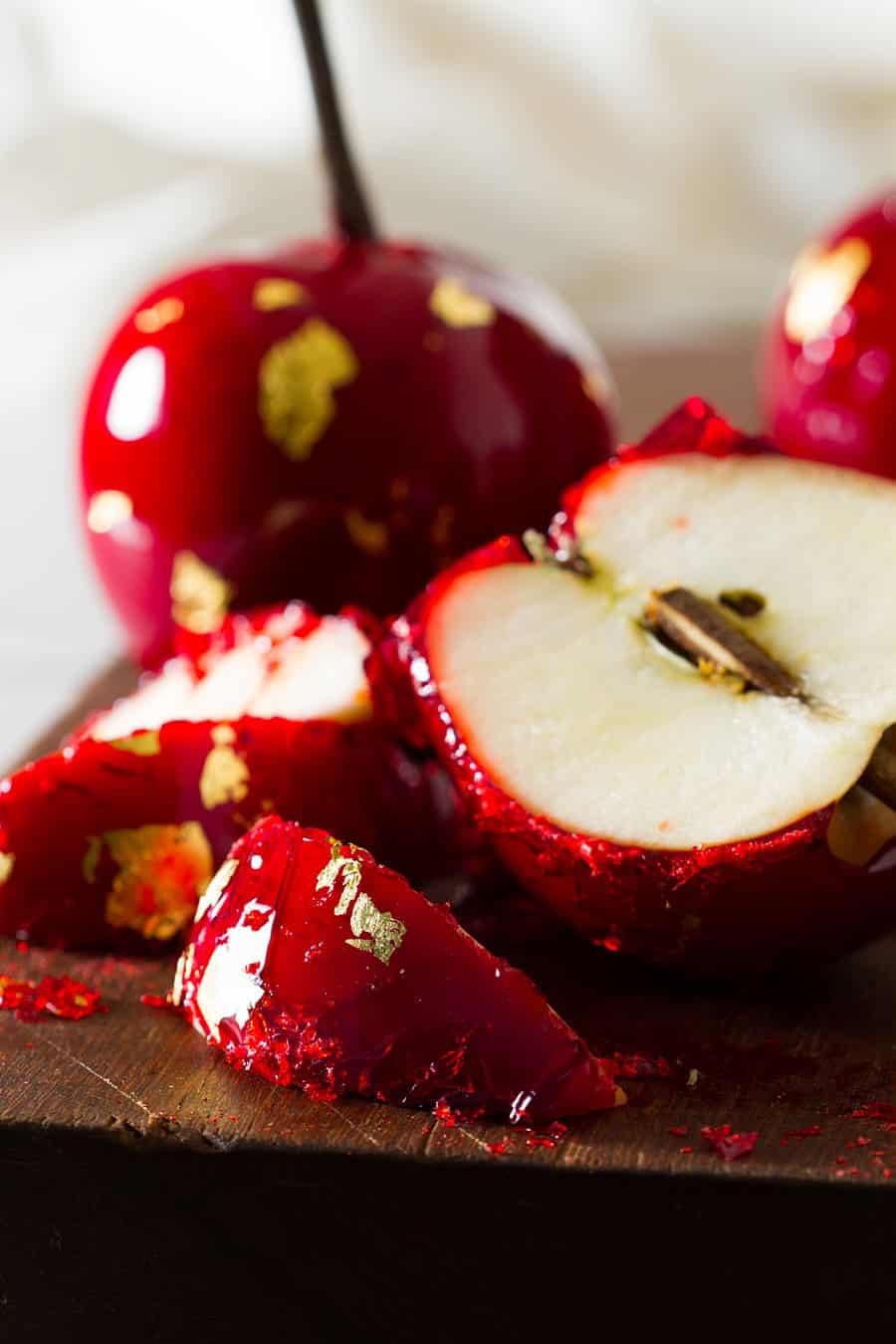 -Use any type of apple you like! The tartness of Granny Smith apples would go great with the sweetness of the candy coating.

-Washing the wax off the apples is such an important step. If you don't take the time to remove it the candy coating won't stick. Directions for removing the wax is in the recipe below!

-When making the candy coating and dipping the apples, make sure your kids and pets are not close by. The candy coating is molten sugar it would be a bad thing if any spilled onto your little ones.

-You will have leftover candy coating after dipping the apples. You can make them into lollipops using a mold like this and then boil off the remaining candy in the pan following these tips from The Kitchn.

-Plan on making your Cinnamon Candy Apples fancy like mine? Check out The Spruce's post on How to Apply Edible Gold Leaf. I used her tips and they really helped me. 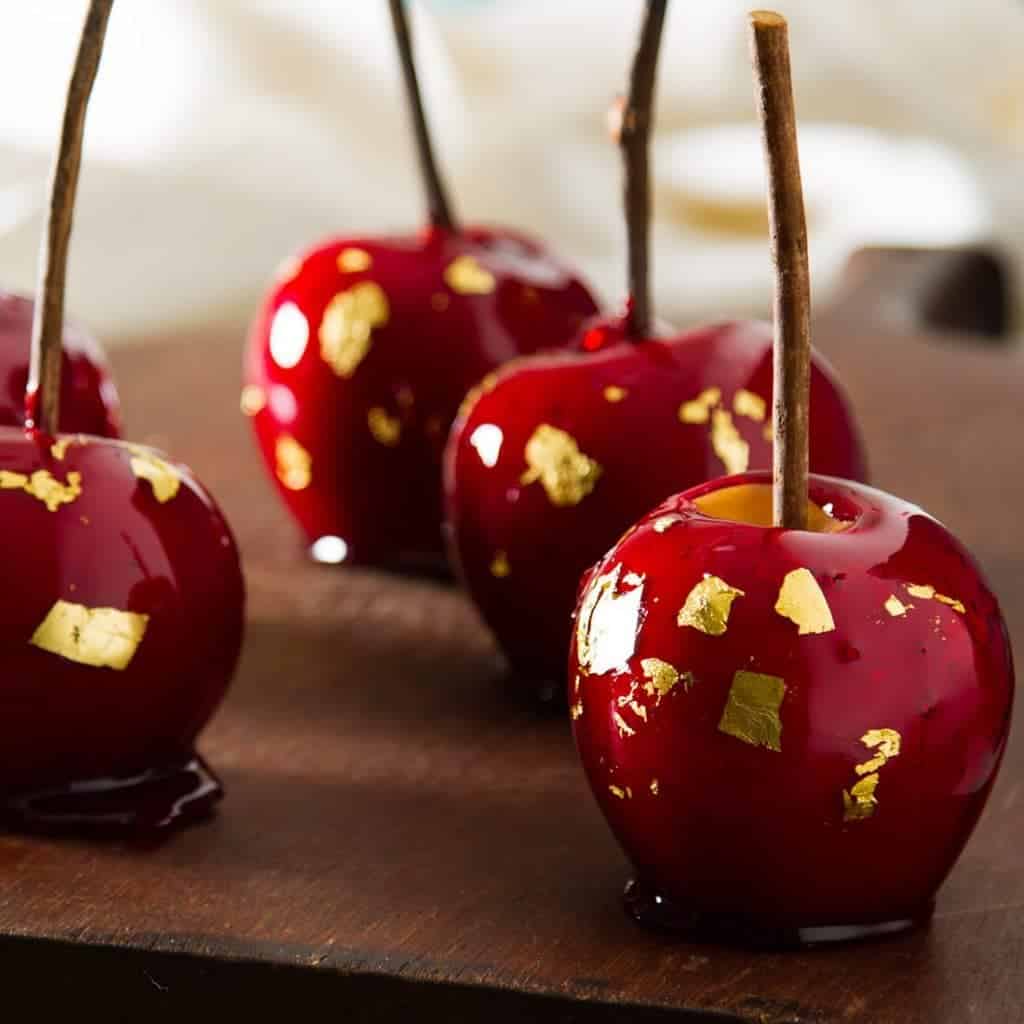 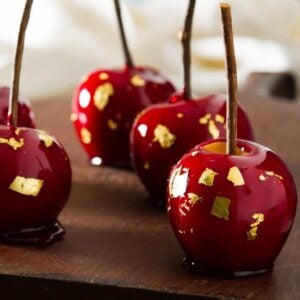