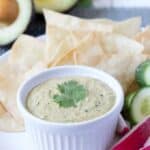 This Avocado Cilantro Greek Yogurt Dip is super creamy and great for parties!

For most of my working life I have worked in jobs that involve food. My first job was working with a bunch of friends in the kitchen of a sports camp, where we cooked breakfast and lunch for close to 150 campers a day. Then, I worked in a grocery store (which was the worst job of my life). I also worked as a waitress for a while. And, my last job was running the Test Kitchen at Hungry-Girl.com. 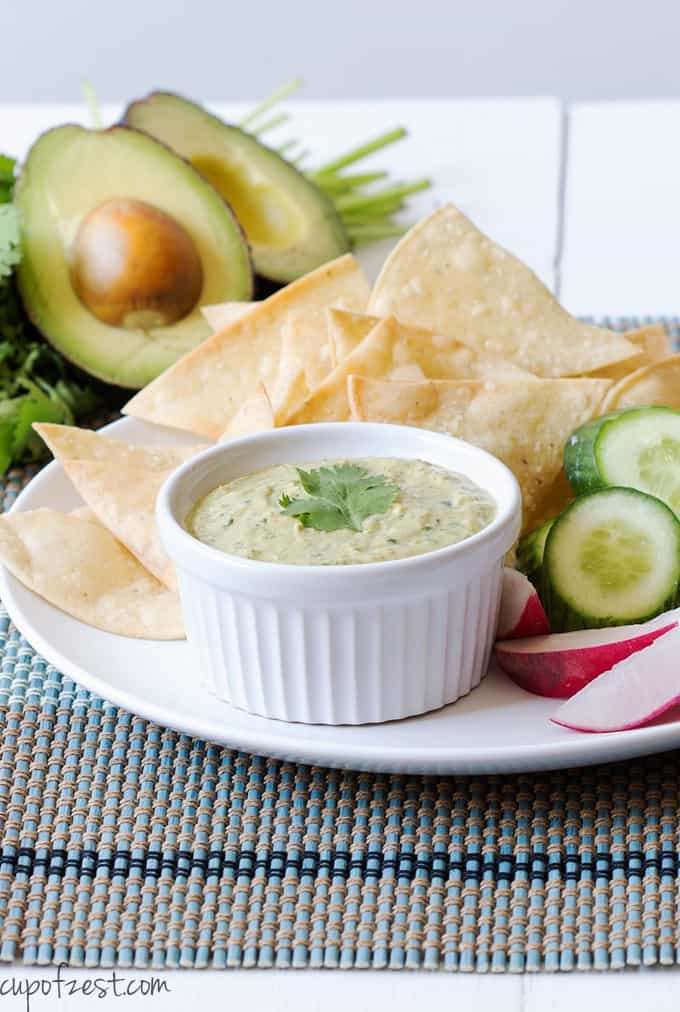 The BEST thing about working in the Hungry-Girl Test Kitchen, and at my new job as an Assistant Food Stylist, is the food I take home at the end of the job. At Hungry-Girl there was always tons of produce left over from the week of recipe testing. However, working Food Styling and Culinary Production jobs, the leftover ingredients I take home changes from job to job. 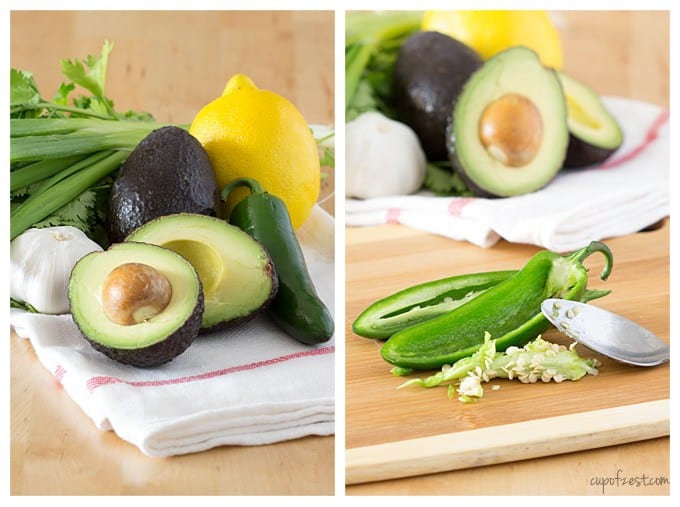 Recently, I worked in the Culinary Department of a food TV show and snagged a HUGE bottle of good extra virgin olive oil. After working some webisodes, I took home quite a few bunches of kale. The best was at the end of an awesome food photoshoot. I was given some AVOCADOS! Isn't that great? I love my job 🙂

Avocados can be pricey so to be given some beautiful ones for free, was wonderful. I used those beauties for sandwiches, tacos, and to make this tasty avocado, cilantro and Greek yogurt dip. The dip is really easy to make. All you do is rough chop some of the ingredients, toss them in a food processor and you're done. You will have a dip that is great with chips or veggies. You could even serve it as a topping with quesadillas, my favorite.

So why don't you whip up this tasty dip the next time you have some avocados lying around, you won't regret it! 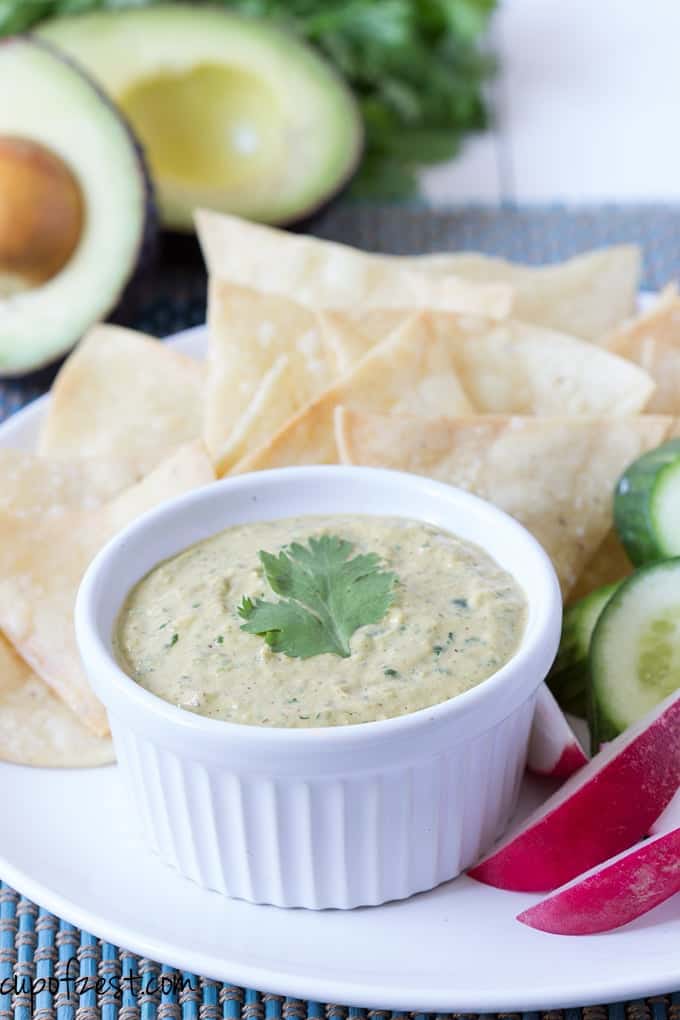 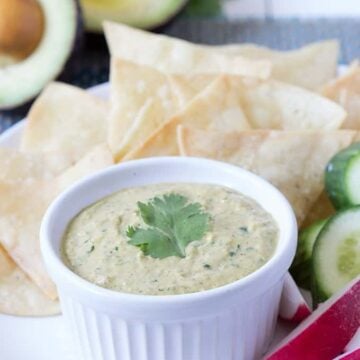 To remove the seeds of the jalapeno, cut the pepper in half lengthwise. Using a spoon, scrape the seeds away from the pepper.
« Mint Lemonade
Watermelon Mojito Granita »