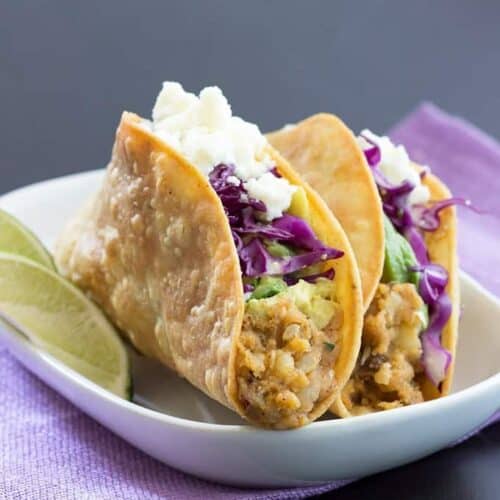 These spicy potato tacos are delicious. Especially when you want to have a meatless and inexpensive meal! 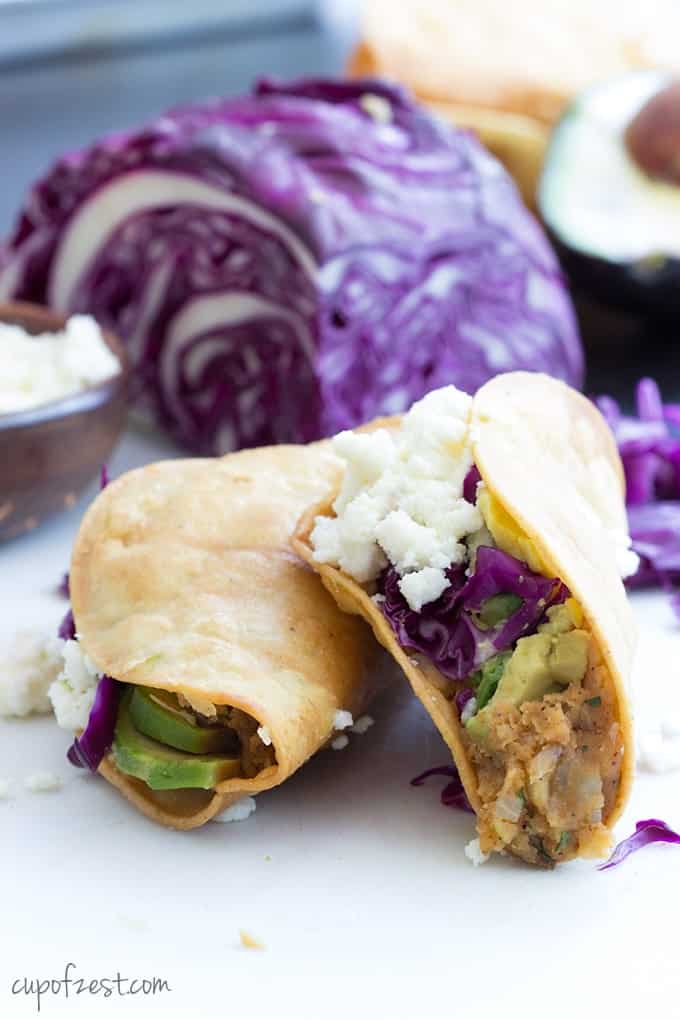 So far I have only featured meatless recipes (like this previous one)... which may make me seem like a vegetarian to you all. The truth is I am not a vegetarian, but that does not mean I can't enjoy an inexpensive meatless meal!

The key word here is "inexpensive". Since I took the jump and began working freelance, I have had to learn how to budget my finances a little better, which is a great thing. Part of that includes being a little stricter with the amount of money I spend on food. 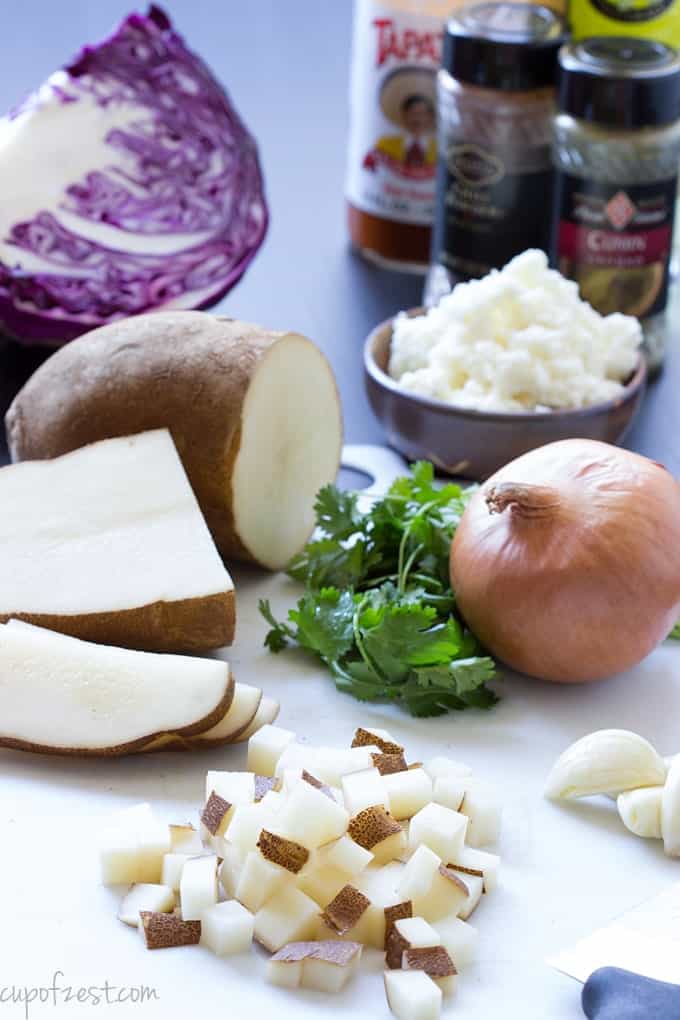 Those of you who know me well, know that I will probably never become a vegetarian. I love burgers, bacon and seafood way too much. With my new budget though, I am trying out ways to incorporate meatless meals into my diet, because meat is not cheap!

What does this mean for all of you? Well, I plan to share more meatless recipes like these spicy potato tacos. But I don't want anyone to get the idea that this is a vegetarian blog... because trust me, you will be seeing some meat-y recipes within the next few weeks.

On that note, here is my spicy potato taco recipe. Potato tacos are made many different ways. Usually the potatoes are boiled, then mashed, stuffed into corn tortilla shells, and then the whole thing is fried. I like to cook the potatoes in a skillet so they create some awesome browning action. I then deglaze the pan with white wine vinegar, mash it all up, season it, and stuff the spiced potato mixture into crispy taco shells. 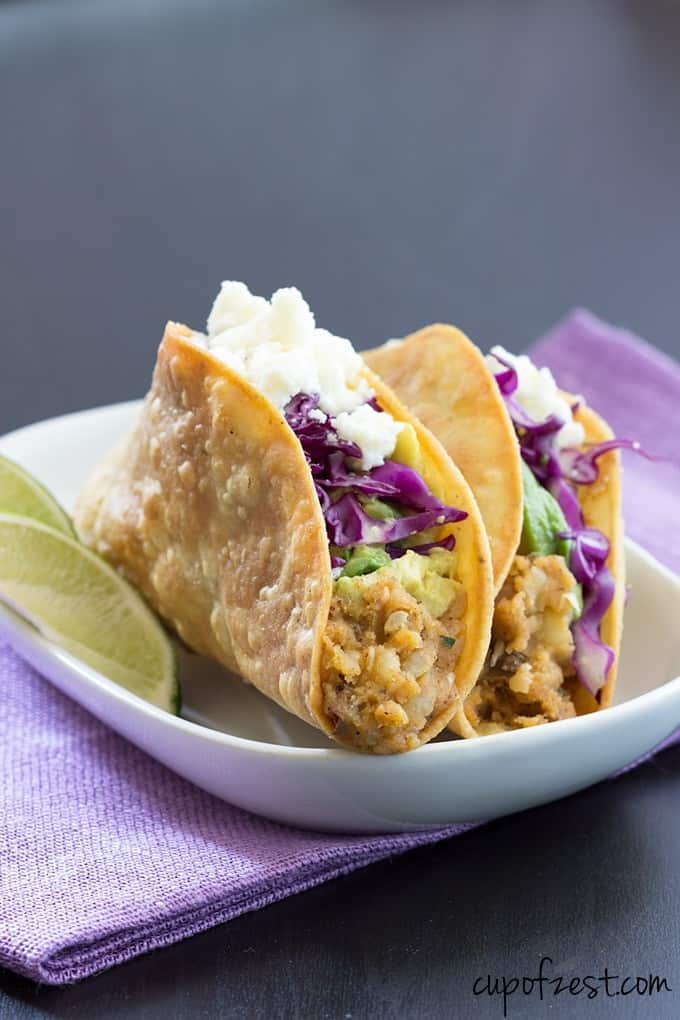 My favorite thing about these tacos is the different textures. The crunch of the taco shell and the soft mashed potato with crisp cabbage is AMAZING. The flavors are super tasty as well. Adding avocado and queso fresco brings a nice cooling contrast to the spiciness of the potatoes.

My friends who go meatless know that potato tacos would make for a great dinner. For those of you who don't know the amazingness of meatless meals... give it a try! You won't be disappointed. 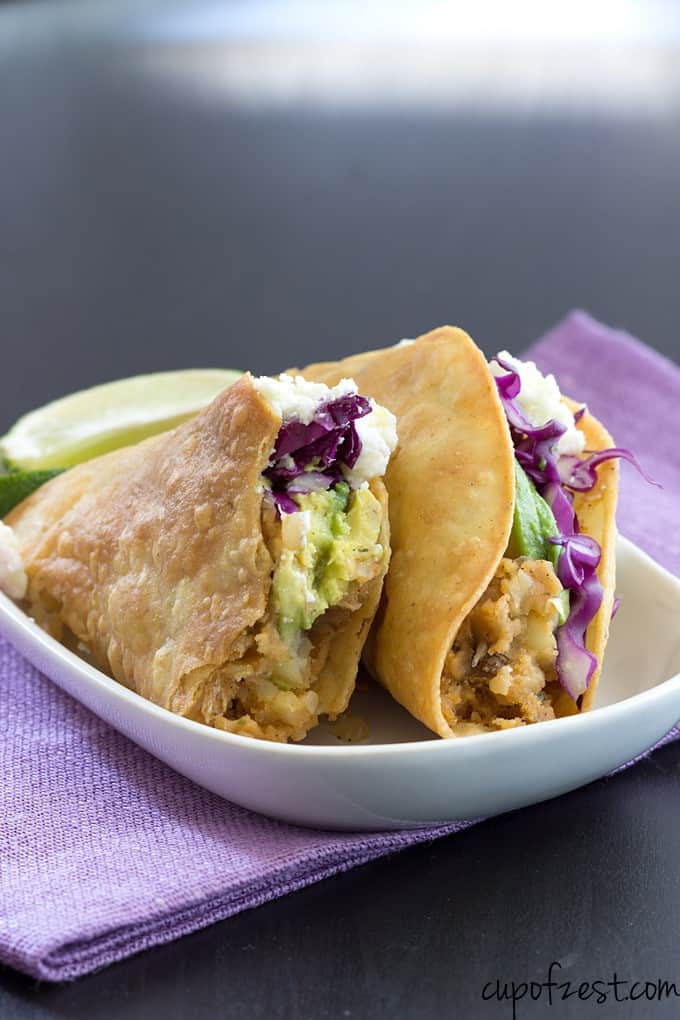 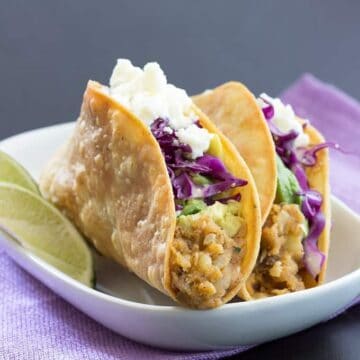